Gia’s work consisted of still images and print media in a pre-internet age. So it’s all the more fascinating to experience a moving, breathing, talking Gia, in her rare appearances on film. A Maybelline commercial.
A music video. Candid home video. A polished interview.
A not-so-polished interview. All of it…haunting. 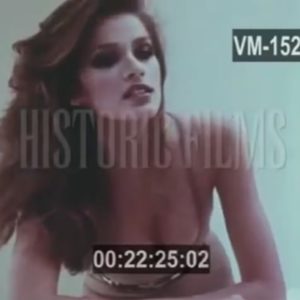