On November 18, 1986, Gia Carangi became one of the first women to die from the AIDS epidemic.  Explore the culture of this devastating disease…

AIDS in the Twenty-First Century book 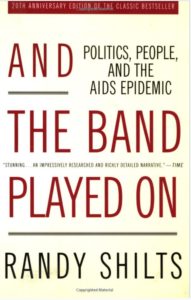 And the Band Played On: Politics, People, and the AIDS Epidemic, 20th-Anniversary Edition